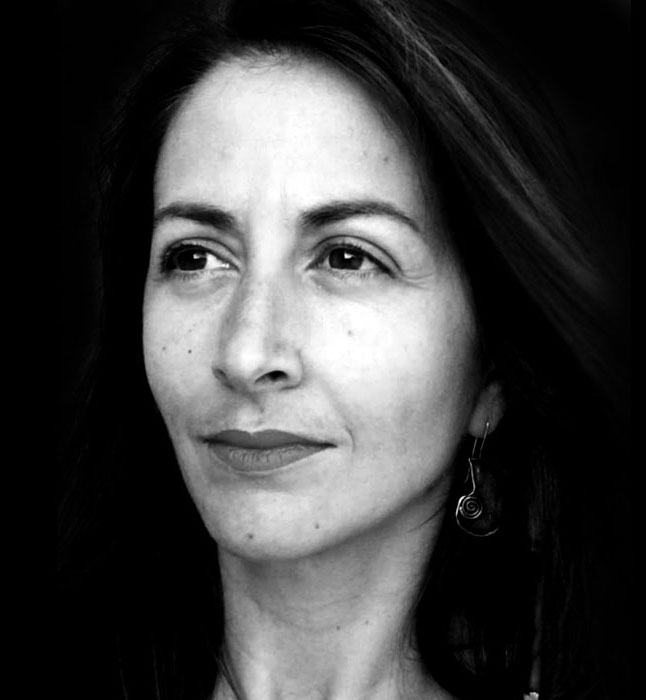 A multifaceted artist who ranges from painting to sculpture, design, poetry, illustration for children and visual design; Year of birth 1983, lives and works between Naples and Barcelona, manifests her art through many forms and materials, an innate passion that soon met art and led her to exhibit her works as a young girl by actively participating in solo and group exhibitions, obtaining significant awards and recognition as well as positive critical acclaim. Graduated with honours in Visual Arts and Entertainment at the Academy of Fine Arts in Naples, where she began a first important approach to the study of colour and sign through different methods from visual perception and experimentation with the same. She continued her studies qualifying herself as a Web and Graphic designer at the Istituto Superiore di Comunicazione ILAS (NA); for over ten years she has been working in her studio in Pompei in the continuous change from art to design. The art of Grazia Santarpia appears as the summary and exegesis of an intimate journey, a slow and meticulous journey towards the discovery of the self, assimilable in the experience to the only universal. The canvas on which the painter builds her diary of images becomes an exclusive locus of identity and emotion, exploration and search for a balance that exorcises the lack of inner centrality.

The writing uses as a primordial object the relationship between germination and the natural mathematical element, the rise of new sap accompanied by atavistic vibrations, a language that declines in areas invaded by graphemes, in symbolic circularity and reflections on the impermanence and eternity of the flow of life. It is precisely the rituality of the circular line, repeated infinitely, almost a mantra that invades the surface, to become the means of expression of an introspective matter, of a reality that translates, twists on itself to creep into the hidden folds of thought. The minute decorativism, the swarming of graphic cells and the vital ferment of the horror vacui, seems to re-propose the ancestral golden relationship in a living space in the mystique of sign. Just as under the microscope primigenial beings become matter of study, the gaze rests as an investigator on the forms that interrupt the flow, impulses and emanations that expand inner codes to which the artist continues to appeal, declaring herself and her own thought. The natural manifestations that live in the compositions appear as symbolic icons, as knots of existence in a process of constant transformation, they are silent objects and subjects, from which to expect a sudden explosion. The ambiguity of these contrasts disconcerts and provokes curiosity, everything seems quiet, inert and at the same time ready for change.

Even the prevailing choice of black and white follows this direction, almost an exorcisation of the dark forces that palpitate and shout from the conscience, a clear separation between opposing sides where the one and its double appear as a prodrome of creation thus revealing the artist's personal cosmogony. Grazia Santarpia's natural propensity for investigation is combined with incessant experimentation through a method of representation and objective verification. In fact, her entire universe starts from there, from where the eye rests and grasps information and then transfers it to the canvas, the starting point for a journey of multiple landings. The change of register therefore appears to be a necessary evolution, an inner need that is directed towards timbre ignitions, dark rays and incandescent fragments. The flashes seem to wander far and separate and then arrive again at the unity of image, in a dense web of associations and correspondences. The most animated, fast and nervous gesture runs accompanied by acid colours, for a material expressionism that takes shape from a graphic line that slowly melts towards abstractionism. The body, the flesh and the passion liquefy in red, blue and yellow drippings in an intercourse that is antecedent and consequence of a single entity, strong of its centrality, as an element that occupies the whole area of the canvas with exuberant arrogance.

In the same way, the desire to free oneself from construction takes hold in other experimental manifestations, more current in the artist's production; in this way, new forms are born, developed by other needs, in which matter merges into a timbral image, sound becomes a language to be used to guide three-dimensional creation, installation and sculpture that grow following the natural creative evolution. Exploring the process of constant transformation of the artist, the manifestations appear as fragments of life, as knots of existence in which one perceives how much the code she elaborates is the access to the knowledge of ancestral archetypes and atavistic memories belonging to the common feeling. The multiple natural coloristic reconnaissances as people, are objects and subjects whose charm is impossible to escape.

LET'S TALK TOGETHER ABOUT YOUR COMMUNICATION PROJECT